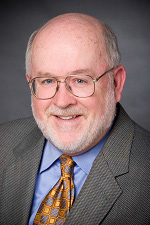 HBLA’s Founding Partner, Ed Benoe, is among several Irvine residents being honored by Mayor Donald Wagner and the City of Irvine as a community leader who has helped shape the City. Having served twice as Chairman of the Irvine Chamber of Commerce’s Board of Directors and as past Chairman of the Irvine Public Schools Foundation, Benoe has been an active participant at the core of the City’s ongoing growth and development.

The honorary celebration and dedication will take place on May 22, 2018 at the Irvine City Council Meeting with a reception and presentation at Irvine Civic Center.

Benoe’s name will appear alongside those of other community leaders on the City’s Wall of Recognition at Colonel Bill Barber Marine Corps Memorial Park. The wall, dedicated in 2008, stands as an embodiment of the spirit of engagement, involvement and pride that symbolizes Irvine and its people.

Ed Benoe is a Founding Partner at HBLA in Irvine CA, he has a CPA and a Masters of Taxation and provides audit, tax and consulting services for ERISA benefit plans, professional businesses and not-for-profits. His offices are located at 19600 Fairchild Road, Suite 320, Irvine, CA. He can be reached at 949-833-2815.